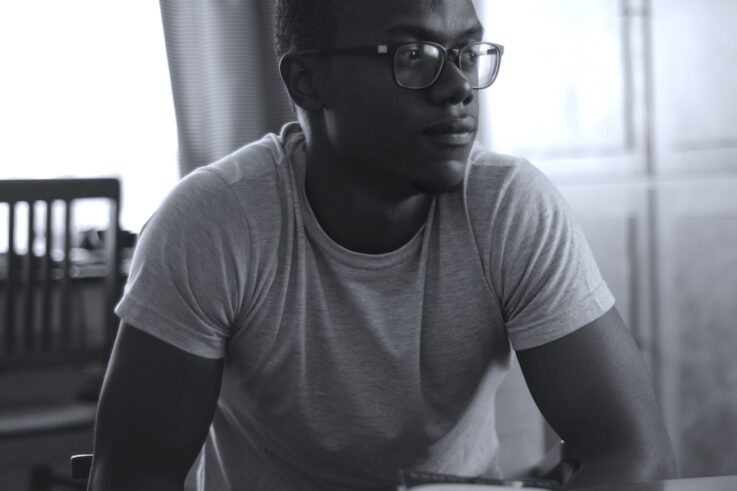 Nowhere Is A Place Too

—You literally came from nowhere…

I cannot accurately remember who said this to me but I know I was in Cape Town, South Africa, at the Open Book Festival in 2019. It was my first authorial outing. My debut novel, The Eternal Audience of One, had been out for two months or so and the festival organisers had read my book, bought into my charlatanry, and decided to field me with some of the biggest names in literature. I had never been to a literary festival as a published author before. The last time I had attended the festival had been in 2013 as a Brainwavez writer covering Teju Cole’s talk about the African supercity. I was excited by the prospect of attending the festival and being back in Cape Town. To this day, the Open Book Festival has played host to some of my fondest memories, allowing me to connect with other writers, and, most importantly, readers.

In 2019, so many things were new to me: I had to sit on panels with people who, until then, were merely names on books in my bookshelf; I had to answer literary questions about representation and identity and “liminality” (I looked up this concept and I am not sure I fully understand it); and I had to sign books (tip: fountain pens with always let you down—carry a nice felt tip marker) and meet readers. I was between panels—or maybe I had just attended one—when I was engaged in a conversation with someone who had read my book. Most of the conversation is a haze—I think we spoke about my past life in Cape Town.

But I remember this part well: You literally came from nowhere and here you are, dude.

I also remember my reaction to that statement: a weird hahaha.

I was not impressed with my response at the time. (I still am not.)

Perhaps I was too new to the literary scene. Perhaps the absurdity of the statement took me by surprise. Either way, as hindsight usually shows, I did not know what I know now. So, I let it slide. That awkward hahaha is what echoes into embarrassing eternity.

I wish I had said what writers from my background—from similarly placed, disadvantaged, underfunded, and under-published literary communities—know all too well: Nowhere is not nowhere. It is Luanda, Angola, or Maputo, Mozambique. It is Antananarivo, Madagascar, or Cotonou, Benin. Nowhere is actually Bangui, in the Central African Republic, or Asmara, in Eritrea.

And Nowhere has people: Chadians, Burundians, Mauritanians, Gabonese, and Santomeans.

Nowhere has histories. It has cultures, languages, art, and ways of life.

It has writers and storytellers.

And just because we might not be recognised on international literary platforms does not mean we do not exist, or that our places are not producing work. The absence of broadcasting opportunities is not the evidence of silence.

On the one hand, I get it—I understand what that person meant: that, perhaps, they had never met a Rwandan-Namibian writer before; or that they had never read a story set in Windhoek; or that, yes, I was not one of those festival headliners or big shots and look where I was, at the Open Book Festival with the likes of Mohale Mashigo and Sarah Ladipo Manyika.

It is my feeling that this place called Nowhere, really, is shorthand for any place without privilege (cultural, political, social, economic, and all of the other etceteras that make some places better known than others). The reality, though, is that few places in the world have that kind of privilege, and even when they have, pockets of “nowhereness” exist even within their own geographies. Flatbush, I am told, is nowhere to Manhattan in New York City; Willesden is nowhere to Chelsea in London; and Soweto, apparently, is nowhere to Sandton in Johannesburg.

That hahaha haunts me to this day.

And, now, of late, I have been thinking about that exchange.

I wish I had said this:

—No, I came from Kigali, in Rwanda, and Windhoek, in Namibia; from Florence Nightingale Street in Windhoek West. And from the Holy Cross Convent and from St Paul’s College. I came from the Windhoek Public Library. I came from all the English literature seminars I slept through at the University of Cape Town (Cormac McCarthy gave me troubled naps; I slept just fine in the T. S. Elliot workshops, though). You could also say I come from Blackbird Books, a publishing house led by a black woman, publishing emerging black voices.

—You literally cannot be from nowhere.

I really want to ask that person this: Where must one come from to not be from nowhere?

Rémy Ngamije is a Rwandan-born Namibian writer and photographer. His debut novel “The Eternal Audience Of One” is available from Blackbird Books (in SADC) and is forthcoming worldwide from Scout Press (S&S). He is the co-founder and editor-in-chief of Doek!, Namibia’s first literary magazine.