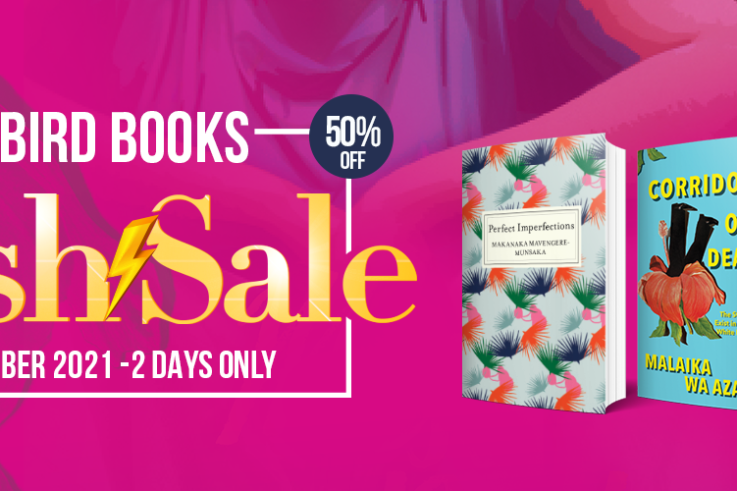 “The heavy booted feet of workers making their way home after a long day in the fields, the wheels of old trucks that delivered supplies to the village every so often, the feet of school children walking more than two hours to and from the nearest school and heavily laden scotch carts drawn by oxen that had seen better days had all worn the red, cracked gravel road in Buhera, Zimbabwe. The dusty path led to Michero Mitatu village.

As the sun was setting, the inhabitants of the village could be heard settling into their evening routines. There were muted conversations from the men as they made their way home from the village court and the loud whistles of the herdboys as they rounded up the cattle, directing them into the kraals.

Pots were clanking as the women put what meagre rations they could find together into a wholesome meal for their families and some girls could be seen walking back from the well at a leisurely pace, balancing calabashes of water on their heads as they snickered and laughed out loud at whatever rumours were circulating in the village.

I gazed into the distance, following the long winding path with my eyes, and wondered about the world beyond it. The world where I heard meals could be prepared on a contraption that did not require firewood; where people lived in houses that were big enough to hold entire villages; and where both women and men could earn a living and provide a better life for their families. The place I knew I was probably never going to see.

I was a happy fifteen-year-old girl, full of life, with the dream of one day going to the city to study to be a teacher. Unlike my peers, I loved school despite the fact that it was two hours away. I did not care that the school was made up of a tiny office block, two windowless classrooms for the A-level students, and a few Musasa trees scattered around the grounds with old blackboards stuck on their trunks on which all the knowledge I had accumulated thus far had been scribbled with white chalk.

I did not take to heart the remarks of teachers like Ms Pararayi, a science teacher who felt that doing arts subjects (English, history and Shona) was a complete waste of time. She would say, ‘Kutoita maArts? Mxm.’ Ms Pararayi was convinced that all of us doing these subjects were going to end up being traditional healers and believed we would be better off just going to the river and getting captured by a mermaid instead of wasting our time.

After school, I used to go to the borehole, fetch water for the house, gather firewood, take a bath in the river then rush home to assist my mother with cooking supper for the family. I did this almost daily and unlike everyone else around me, who seemed content with the tedious repetition and routine, I felt there was much more to life than being within the confines of Michero Mitatu.”

“Firstly, the discourse on racism in higher learning institutions in South Africa is often centred on the material. We often focus on such things as inequalities among historically Black versus historically White institutions, inequalities pertaining to infrastructure, quality of academic staff, research grants etc. We focus also on racial demographics. What we do not pay great attention to is how all these affect the mental and emotional wellbeing of Black students, who are dominantly on the receiving end of these realities. Secondly, mental health in the Black community in general is a subject we do not speak about enough, and as a result, narratives around it being a ‘White people’s sickness’ continue to find expression. What this does is perpetuate problematic ideas about how Black people who suffer from mental illness are strange, or even worse, attention-seekers. As a microcosm of our society, universities become sites of this perpetuated violence, and therefore sites of mental trauma for Black students, most of whom do not have coping mechanisms or a support structure to negotiate their debilitating conditions. Thirdly, and just as importantly, understanding mental health challenges in Black students and youth would allow us to engage an aspect of justice that we do not often speak about: humanisation. I am in no way claiming that mental health problems are unique to Black students in historically White universities, as the chapter on the struggles of the Tshwane University of Technology students will demonstrate. I am contending only that there are specific experiences that students in these university confront, and that institutionalised racism expresses itself in specific ways that demand critical reflection and engagement.

Because of our history of dispossession and dehumanisation through such processes as colonialism and apartheid, where draconian laws were implemented to disenfranchise and de-civilise Black people, our language of justice revolves greatly around expropriation. This is not wrong. Taking back the land and economy that were violently dispossessed is one of the important ways of seeking justice. This is why movements such as #RhodesMustFall and #FeesMustFall are so important. They were struggles for more than just free, decolonised education. They were struggles about belonging, about space and place, about seeking spatial justice. But we must remember, always, that it was more than the land and economy that were taken from Black people. The very essence of what makes us human, our dignity and our humanity, were also taken from us. And so, in seeking justice, we are seeking, above all else, our humanisation. To reclaim this, we must reclaim, first and foremost, our mental health, which has been battered by systematic constructs spanning centuries. This book seeks to document and to humanise Black students, and I hope it will contribute to the urgent and necessary discussion around the many ways in which racism gives birth to mental pathologies in Black people.”

“If you were to tell me 10 years ago that the words in this book would be mine, I would have laughed. Looking back at my life, I see a substantial evolution of consciousness in how my beliefs were shaped. This is something that many people grapple with. In light of this, the continuous questions I had in my mind while writing this book were: How do I continue writing when my views today do not resemble the ideology I had 10 years ago? Would my reader not think I was inconsistent? But another voice added: If you did not change because of suffering from marginalisation, it would be scary. In fact, that is why you are meant to write. Write about the changes – this is part of telling your story. And so, I tell my story, as truthfully as I can.

My relationship with myself – existing in my body – has been a complex one. Physically, spiritually, economically and politically, I have had to grapple with reconciling my existence on this earth. In tracking these complexities, I have noticed that Black women have been prominent in assisting and crafting who I am and how I analyse my environment. My mother sticks out as one of those women who influenced my thinking in ways that scare even her. From my earliest memory, I remember studying her in a way that I could easily formulate into theory. My childhood memory does not serve me well, but it has granted me a vivid memory of an experience with my mother in 1992.

From 1948, South Africa had been embroiled in an evil regime called apartheid, which marginalised and segregated people according to their race. In March 1992, a referendum to end apartheid was held, brewing mixed reactions from those who benefitted from it, but this signalled freedom for my parents and those who had suffered under the regime. Our country was experiencing a transition. A kind of uncertainty came over South Africans who had wrestled with the chains of oppression. The possibility of a new dawn filled the air.

Even with these moments, it was not unusual to experience adults trickling into our house in Ennerdale, a town situated south of Johannesburg, filling the air with laughter while melodies painted hearts with joy. A sudden groove developed in my parents’ hips, always finding a moment to celebrate.

One ordinary Saturday in 1992, the sun had completed its shift and you could hear the crickets tuning the air with their whistles, a mild breeze joining in on the jingle. My soul hovered above our lounge while the tunes slowly seduced my tiny eight-year-old ears, tickling what was then my unknown relationship with music. I watched my mother with glee, her curled pitch-black hair twinkling under the lights and complementing her black chiffon dress. Her face and teeth sparkled, reflecting mysterious stories. She threw her head back and like a flower in the wind swirled to the tunes of Brenda Fassie’s I’m Your Weekend Special.”